The Urhobo are the major ethnic group in Delta State, and they speak the Urhobo language. Urhobo is a word used to refer to a group of people rather than a territory. Approximately four million people are Urhobos. They have a social and cultural affinity to the Edo people of Nigeria.

Urhobo people have as neighbors the Isoko to the southeast, the Itsekiri to the west, the Edo people to the north, the Ijaw to the south and the Ukwuani people to the northeast. They are one of those few tribes without a documented history. And this is because there is almost an absence of European record in their history. But oral tradition tells us that the history of the Urhobo people began from Edo territory. Their migration to the various locations they now call home started at the end of the Ogiso dynasty.

Urhobo territory consists of evergreen forests with many oil palm trees. The territory is covered by a network of streams, and their major staple crops include yam, cassava, corn, beans, and groundnuts. Their major foods include Ukhodo (a yam and unripe plantain dish), with Ogwo and banga soups, eaten with starch.

The Urhobos are organized into two different political kingdoms. First, they operate a government run by elders, based on the age-grade-system. Secondly, they also operate a government where the rich and wealthy call the shots, which also includes some of the elders. Urhobo politics and government structure occur at both kingdom level and town level.

Their indigenous government and politics have the titles: Ovie (king),  Ilorogun (Councilors), Ikoikpokpo (the executioners) and Ogbus (warriors). A number of Urhobo cultural divisions, have other titles other than Ovie. The Okpe call their traditional ruler “Orodje” and the Unrobos in Olomu Kingdom call their King “Ohworode.” Again, the urhobos in Okere-Urhobo call theirs “Orosuen”.

The main focus of Urhobo traditional religion is the adoration of “Ọghẹnẹ” (Almighty God), the supreme deity. Other divinities like Edjo and Erhan are also recognized as personified attributes of Ọghẹnẹ.

Traditional Attires For The Urhobo

Urhobo traditional attires consist of many colors. According to Legit, their main colors in clothes are yellow and blue. They are firmly connected with river cultures. Therefore, the blue color is predominated in their cloth as it symbolizes their connection with rivers. Light green colors are also part of their traditional attires. The green color is associated with life itself. Yellow color stands for richness. Men and women alike prefer to wear clothes that cover the whole body.

Urhobo men basically tie wrapper (most likely George) with a well sewn traditional shirt. He can then put on a matching shoe and the quintessential hat and stick. The Urhobo women tie 2 wrappers (George) with a blouse and headtie. She then accessorizes with jewelries.

Because the Urhobos live very close to the Niger river, most of their histories, mythologies, and philosophies are water-related. Annual fishing festivals that include masquerades, fishing, swimming contests and dancing, that became part of the Urhobo heritage.

Iyeri Festival Of Ughelli People – A nine-days festival in honor of an Ughelli princess named Irivwidide. She was chief priest of an Ughelli deity called Orevwo. It usuall includes general dancing comprising men, women, girls and boys. Usually, it begins at dawn till late in the morning.

Ohworu Festival – An annual, two-day festival that takes place in Evwreni, the southern part of the Urhobo area. During this festival the Ohworhu water spirit and the Eravwe Oganga are displayed. 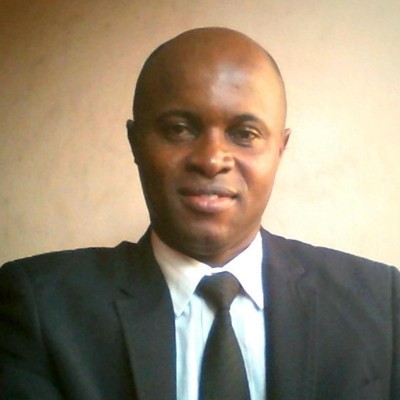 One thought on “Lifestyle Culture of Nigerian Tribes: Urhobo”